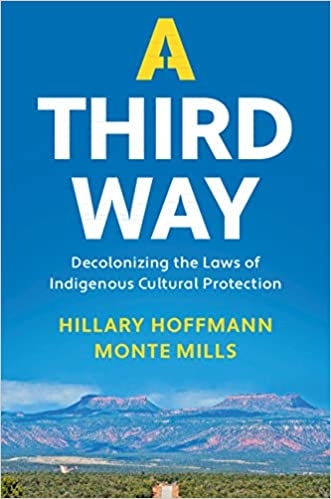 A Third Way: Decolonizing the Laws of Indigenous Culture

In A Third Way, Hillary Hoffmann and Monte Mills detail the history, context, and future of the ongoing legal fight to protect indigenous cultures. At the federal level, this fight is shaped by the assumptions that led to current federal cultural protection laws, which many tribes and their allies are now reframing to better meet their cultural and sovereign priorities. At the state level, centuries of antipathy toward tribes are beginning to give way to collaborative and cooperative efforts that better reflect indigenous interests. Most critically, tribes themselves are building laws and legal structures that reflect and invigorate their own cultural values. Taken together, and evidenced by the recent worldwide support for indigenous cultural movements, events of the last decade signal a new era for indigenous cultural protection.